Antique merchant village Vyatskoye Located in the Nekrasov district of the Yaroslavl region, 40 kilometers from Yaroslavl on the banks of the Hztuk River.

It is noteworthy of a unique layout related to the XVIII century, as well as a large number of architectural monuments built at the turn of the XVIII and XIX centuries.

In addition, Vyatka is famous for its amazing nature, several rivers flow here and there are several dozen lakes.

The place where the village is, is considered one of the most environmentally prosperous in the Yaroslavl region. In 2015, Vyatka became a member of the Association «The most beautiful villages of Russia».

The history of Vyatsky village

The first mention of the village of Vyatsky belongs to 1502, when it was the center of the Metropolitan Vyatka parish. Here at that time there were three houses of churchmen, ten yards of pastry peasants and seventeen courtyards of handicraft and commercial people, sitting behind the river TSHTOMA (an old name wet).

The name of the village is presumably due to the distance in the city of Vyatka (modern Kirov). In the XVII century Vyatka, quite large in the same time, the location of the Patriarch of Philaret (Fyodor Nikitich Romanova, the father of the first our king of the Romanov Mikhail Fedorovich dynasty).

By the end of the XVIII century, Vyatka became known to their bazaars, held on Thursdays, noisy fairs were organized here every year. In the village traded in cattle, horses, as well as craft products: sleigh, clay and wooden kitchenware, baskets and wheels.

Among the residents of the village there were a lot of famous roofers and liveshchers, even whole professional dynasties existed, the craft was inherited. Among the inhabitants of Vyatka, there was a popular fishing: many were leaving for earnings in Moscow and St. Petersburg, the rich, but they were not forgotten about a small homeland, they returned and built here beautiful at home, no worse than in the capitals.

In the second half of the XIX century, cucumber fishery begins to develop in Vyatka. The crop was argued, and then they drove to sell into neighboring cities, mainly in Arkhangelsk, but Vyatsky cucumber could be found in St. Petersburg, and even in Sweden. Today is the active restoration of the local gastronomic brand.

It was famous for the village and local merchants who built here not only luxurious houses with elegant facades and openwork waterproofs, but also schools, hospitals and alder. By the beginning of the 20th century, there were three innings in Vyatsky, seven restaurants, four beer shops and twenty-six shops, where they traded a grocery, manufactory and flour goods.

In the 20th century, a collective farm was formed in Vyatka, which eventually became a multidisciplinary farm, awarded numerous government awards. At this time, social and domestic facilities are being built in the village, comfortable housing and reservoir, which has become a favorite holiday location for local residents.

However, by the end of the 20th century, financial difficulties began in the once succeeding collective farm, it was soon declared bankrupt, and the village began to decline, unique architectural monuments were destroyed.

Restoration work began in 2006. To date, more than half of the cultural heritage monuments have been restored, more than a dozen museums are opened, large-scale events are organized, tourist infrastructure facilities are developed. Annually visited more than one hundred thousand tourists.

Earlier to meet the history of the village invites Museum of our enterprise. It has many things in the XIX century, but a particularly large collection of musical and music-reproducing tools. Here you can see the layout of the village. The museum is located in an old building, where once was a pharmacy Nathan Leithin.

In the same house is located Museum of the Returning Shrine — place where you can see the old Gospel of the XVIII century. It was presented by the Bishop of Kostroma and Galitsky Simon of the local Church of the Resurrection of Christ, during the revolution, it disappeared, and now returned to Vyatka. At a special interactive stand, you can even extract an ancient book.

Next door is located Museum Hotel «Vyatskoye». It takes two buildings, which are recognized as monuments of architecture of the XIX century, in one of them there was a Kruhrdyshevo-Volodinskaya Laddle, and in another — Tractor Kupchi E.A. Glinkina. A large number of antique things in the hotel interior complement the historical setting.

How Local Hotels Look A hundred years ago you can learn in Numerals of merchants of brothers Ullov — Museum behind the hotel. The old furniture has been preserved here on which guests will be taken to take pictures in historical costumes.

In the same house is located Polytechnical Museum, Where various machines and mechanisms are presented: Weaving machines, calculators and even radiols.

Another museum in this building — House Angelov, Dedicated to the feat of the native of Vyatsky Peter Telushkin, who in 1829 repaired the angel wing on the spire of the Petropavlovsk fortress in St. Petersburg.

Opposite the hotel stands a remarkable building, where a fire squad used to be located, and today — Very soulful Museum «Child’s world».

There are several thousand toys of the Soviet period, among which every visitor will definitely find their favorite. There are in the museum and interactive corner where you can play and make a photo.

Another interesting object — The only one in Russia Museum of printed business. Here, in particular, existing printing machines are presented, both reconstructed and built back in the XIX century. The museum is invited to independently make an impression on historical equipment or to participate in the master class.

Beautiful half will surely interest Museum of Kitchen Machinery. Here you can see both the old table dishes and the familiar kitchen appliances: meat grinders, mixers and toasters, what they were a hundred years ago. Also in the museum collected mechanisms that have already come out of use.

Walking in the village also promises to be interesting. On the shore of waters there are several vintage bathrooms — this is Museum «Balcasto in black».

Here they will talk about our bath traditions, the benefits of a health care and even offer to move from theory to practice, that is, get into the bath.

On the opposite bank of the river is another remarkable museum — House Gorokhova or Museum of Trading Peasant.

Here you can visit the residential rest of the local resident, look at the old household items and utensils, as well as visit the shopping shop on the first floor of the house. In the courtyard is presented not only the agricultural equipment of the last century, but the traditional cucumber pit.

On the banks of the river is Museum of our fun Open-air, where you can ride a swing and carousels, on which our great-grandmothers rode.

All attractions are made on the basis of ancient drawings and drawings, and the guides will not only tell you how to use them, but also teach traditional our games.

Not far between Monument to Alexander II, Installed in Vyatka at the beginning of the 20th century in honor of the 50th anniversary of the cancellation of serfdom. The author of the project — Famous sculptor A.M. Pothein. In the Soviet years, the monument to the Tsar liberator was replaced by Bust Karl Marx, but at the beginning of the XXI century, Bust Alexander II returned to his place.

The historical monument is not preserved, now it stands for its exact copy. 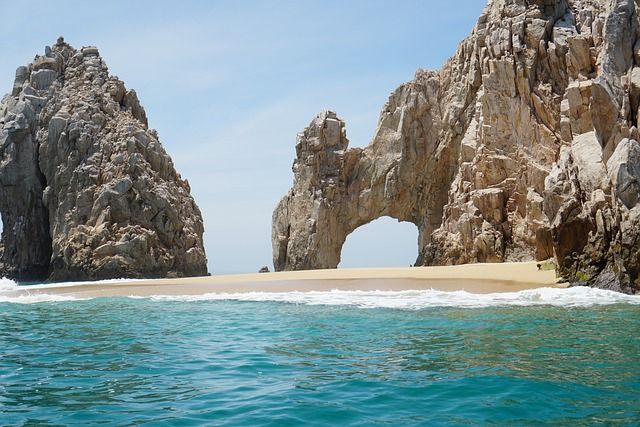 Behind the river you can see a beautiful two-storey mansion — House with lions, which earlier belonged to the merchant staff and. AND. Talko. It was built at the turn of the XIX and XX centuries and included not only residential premises, but also trading shops.

Another monument to the architecture of the XIX century — House photographer Kokoshkin, Also recently renovated.

But architectural dominant village — undoubtedly, Church of the Resurrection of Christ, Located in the very center of Vyatka. It was built in 1750 on the funds of the parishioners and did not close in Soviet times, which made it possible to preserve the inner decoration.

In the XXI century, the temple is renovated. The miraculous icon with the relics of St. Panteleimon Healer is kept here.

In the village there is another temple — Old Believer Church of the Assumption of the Blessed Virgin, Built in 1780 in the Zarechny Sloboda for the merchant tools Grigory Dmitrievich Kubanina. Her fate is more sad: in the 30s of the XX century, she was blown up, the bell tower was destroyed.

Currently, a project for its recovery has already been developed, and on the day of the prestone holiday served here.

Vyatka land is rich in water sources, the most famous of which — Erehtansky. It is known in the XIX century, and the chemical composition of the water in it is not inferior to the famous sources in German Baden-Baden.

At the beginning of the XXI century, it was also discovered nearby Chapel-font In honor of the icon of the Mother of God, the lively source where water is served from the Erehtan source. Chapel-Font immediately became the object of pilgrimage.

One of the oldest sources in Vyatka — Most Holy Virgin on 37 keys. Next to it is a small pond that feeds almost four dozen keys. Jordan makes baptism in the pond, and also take water to consecrate.

In the courtyard of the hotel is located Panteleimonon Source. According to legend, at this place once there was a chapel, and the healing water of the source helped in disease diseases.

Another local source — Nikolin — is located in the distance from tourist routes, for a long time, was just a fountain hitting from under the ground, but at the beginning of the XXI century was equipped with a local resident Nikolai Koryakovtsev.

Vyatka is located in the zone of moderately continental climate, which is characterized by the bright severity of all weather seasons. Winter lasts about five months, the coldest month — January with an average temperature -11°WITH. The average annual amount of precipitation — more than 600 mm.

Summer weather here is installed in the middle of May and keeps until mid-September. The warmer month — July with an average temperature +19°WITH. Most precipitation also falls in July, so June and August can be recommended to visit Vyatka, although this village is beautiful at any time of the year.

How to get to Vyatka

The easiest way to get to Vyatka from Moscow — Personal car. The road passes on the highway M8 Holmogora to Yaroslavl, and then on the highway of the local value Yaroslavl-love. Distance — 322 km, travel time — about 5 hours.

Also before Vyatka can be reached by flying bus. Route 123 runs from Yaroslavl, the following directly, as well as the route 130, next to Vyatka via red profintern.