The historic core of the city spread over the Low-on Vironniemi Peninsula (Estnas, Vironniemi, is also called the entire Central District) between Senate Square (Senaatintori) and Esplanada Street (Esplanadi) in the south and new port in the northeast, forming the Southern District (ETELAINEN SUURPIIRI), where most of the most interesting places are located. Most of the city consists of post-war suburbs separated from each other areas of forest and sea. And its dividing them Central Park, Which extends almost from the historic core of the city to its northern border, is a favorite vacation spot in residents and guests Helsinki.

Almost all excursions through the Finnish capital begin with its real business card – a colorful adjustment ensemble Senate Square (Senaatintori) works by the German architect Karl Ludwig Engel. It includes numerous merchant buildings in ampir style, Monument to the our Emperor Alexander II (1894 G.) in the center lying in the eastern part of it State Council Valtioneuvoston Linna, 1818-1822.), in western – the main thing Helsinki University Building (Helsingin Yliopisto, XIX in., Restored in 1945-1952.) and crowded all this magnificence from the north of the Cathedral St. Nicholas Cathedral (Helsingin Tuomiokirkko, 1830-1852.) who was finished in twelve years after the death of the architect. Wide stone steps leading to the cathedral are the most popular meeting place, it can be very easy to watch the everyday life of citizens.

In total, in the quarter of the Senate Square, on the very coast of the old southern harbor, color spread Market Square (Kauppatori) – the brightest and lively place in Helsinki. All year round here is a real market, on which you can buy everything – from the freshest fish to the knives "Pukko" handicraft dressing, from products of surrounding farmers to books. In the western part of the old port, on Etelaranta Street, the characteristic set of Wanha Kauppahalli ("Old market hall") – Covered part of this extensive trading area, where you can buy all the goods from local artisans, and industrial goods. From the north over the market rises beautiful neoclassical city ​​hall (Kauupungintalo) – Political Center of Finland and the Residence of urban government agencies (on weekdays it can be visited within the framework of an organized tour). 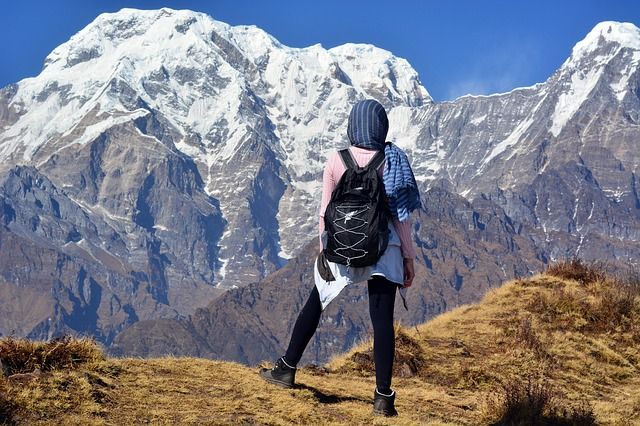 A little west is one of the symbols of the city – Havis Amanda Fountain ("Sea nymph", 1908.). Bronze sculpture nymphs, which locals are called simply Manta, occasionally "Disguise" On the occasion of various holidays in funny outfits. And in the center of the market square rises topped with a golden double-headed eagle Obelisk Empress (Obeliski Keisarinnan Kivi), installed in 1835 as a sign of the domination of Russia in the region. Interestingly, in the course of the 1917 revolution, he was practically destroyed, but completely restored in 1972 – it is unlikely where outside the former empire can be found so careful attitude towards history, as in Suomo country.

Eastern trading rows at the harbor, behind a narrow channel channel separating the island of Kathaanokka from the market square, a characteristic red-friendly building rises Assumption Cathedral (1862-1868.) – the largest Orthodox church of North and Western Europe. And if you drive along a series of shipping streets to the south of the Vironniemi Peninsula, you can visit Museum Mannerheima (www.Mannerheim-Museo.Fi) in the Kaivopuisto area (Kaivopuisto). Baron Karl Gustav Emil Background Mannerheim (1867-1951.) – a person of uncomplicated fate, an outstanding politician and military, former and general of the our army, and the commander-in-chief of Finnish (it is in this status he led the troops during the period of the so-called "Winter War" From the USSR), and the President of Finland, who signed a peace treaty with our country. In the exposition of the museum presents extensive materials dedicated to the life of Marshal, his personal library and hunting trophies, and very informative tours on the complex can be made accompanied by a our-speaking guide.

From the adjusting zone to the West begins Esplanada Boulevard (Esplanadi, often just "Espa"), in fact, representing two parallel streets – Pohjoisesplanadi (Northern Esplanada) and etalasplanadi (South Esplanada), between which a pretty park with pedestrian paths, open pop and sculptural compositions – in the summer, it is constantly served by the place of all sorts of exhibition events, concerts and folk holidays. Along PohjoiseSplanadi stretched a series of the most famous shopping complexes and restaurants of the city, at first it is the main building City Museum Helsinki (Helsingin Kauupunginmuseo) and the main office of the city tourist center WWW.Visithelsinki.Fi, where you can get a lot of useful information about the city and the events passing here.

Quarter north in parallel Esplanade Another famous city street stretches – Alexandankatu (Aleksanterinkatu, named after the our emperor Alexander I) – Historically, the central artery of the city, which begins almost opposite Assumption Cathedral, then framing from the south Senate Square and ending at the intersection with Mannerheim Avenue Mannerheimintie. It is also one of the main shopping streets – a lot of the best stores is concentrated here, including one of the first Finnish supermarkets – Alexi 13 (as it is easy to guess, he is named after the street, which the Finns most often called – "Aleki"), restaurants, cafes, banks, and so on, as well as impressive Stock Exchange (PORSSITALO, 1911.). It is Aleksanterinkatu that is the center of all sorts of solemn events on Christmas and New Year’s Eve. And in the eastern part, between Aleksanterinkatu and Pohjoisesplanadi, also almost opposite the Assumption Cathedral, is neoclassical Complex of the Presidential Palace (Presidentinlinna, 1816-1845.) – The former residence of the our Governor General of Finland, for half a century served as the main rate of the our king.

In the same area, between the squares Senaatintori and Kauppatori, as well as the streets of Katariinankatu and Sofiankatu, settled City Hall (Pohjoisesplanadi, 11-13), in the main lobby of which are located Reference Bureau Virka Info and Exposition Virka Galleria, Dedicated to the city. Narrow Street Sofiankatu (Sofia, By the way – the only one in the city having a sign called in our) connects Senatskaya and Trading Square. This is a real open-air museum, where in almost chronological order can be found with the city architecture of the XVIII-XX centuries.

In the southern part of the peninsula, in the middle of a small TEHTAANPUISTO Park, Tower Church of Mikael Agricolan Kirkko. Built in 1935, it is named after a religious reformer and one of the founders of the National Literary Literature of Mikael Agrikola (approximately 1510-1557.), the first translated New Testament on Finnish (published in 1548.). The inner interior of the church is very modest, and the visit to it is limited, but she herself forms a very picturesque area of ​​urban landscape.

Were around the historic center begins younger areas Campane (KAMPPI) and Tёleyu (Toolo), also have a lot of interesting places. Literally in three quarters of the north of PohjoiseSplanadi, one of the most beautiful industrial samples is towers (if so can say, of course) design in Europe – Helsinki Railway Station (RAUTIATIEASEMA, 1919.) ELIEL SAARINEN architect work (Eliel Saarinen) – one of the founders of the national romantic style in architecture. Slightly northeastern east towers very harmonious with the general appearance of the launch ensemble Building of the National Theater of Finland With a monument (1939 g.) to the famous Finnish writer Alexis Kiwi (Aleksis Kivi) in front of him. West of the station rises the complex of the Museum of Contemporary Art Kiasma (or Nykytaiteenmuseo), with an excellent collection of Finnish painting, sculpture and design since the 1960s and to the present day with equestrian The statue of Marshal Mannerheima in front of him, and north – Helsinki Music Center (www.Musiikkitalo.Fi, Musiikkitalo, 2011., Now they are located here Academy of Sibelius, Symphony Orchestra Radio Finland and Helsinki Philharmonic Orchestra) and entering the bay of the Bay of Telelenlachti Castle "Finland" (Finlandia Talo Huset Hall, 1971.) Works of the famous architect Alvara Aalto – the traditional venue of congresses, seminars, exhibitions and concerts.

Across the road from the center of music and the small green zones adjacent to it Parliament (www.eduskunta.FI) Countries (Eduskuntatalo), built in 1931 in the style of monumental classicism. Before his facade has been established sculptures of the first presidents of independent Finland – TO. Stolberg and NS. Swinhuwood. On Sundays, organized excursions (only at Finnish, Swedish and English) are held closer to the building (only in Finnish, Swedish and English), but anyone can press the meeting at the parliament meetings – for this, a balcony is assigned to.

At the very northern border of the Kampapy region (in fact, this is already the district of Töhlo), surrounded by a small park, is one of the most unusual sights of the Finnish capital – "Church in the rock" (Temppeliaukion kirkko), or "Snow Church". It was almost entirely chopped in the rocky array in 1969 – only a unique glass dome allows you to get inside the natural light – and has a magnificent acoustics, so organic and violin music concerts are held here. Still north-west, in the area of ​​Taka-Tёlo (Taka-Toolo), opposite the small island of Rajasaari on the seashore extended Sibelius Park (SibeliusPuisto). Its main attraction is made in the form of organ pipes Monument to the composer Jan Sibelius (Sibelius Monumentti, 1967.) whose name is Helsinki Academy of Music. In three quarters, an extensive complex spread to the northeast Olympic Stadium (OlympiaStadion), from the observation deck on the tower of which (height 72 m) offers a beautiful panorama of the capital, and several other sports facilities located here are also Museum of Sport Finland allow you to get acquainted with rich traditions of outdoor activities of this country. 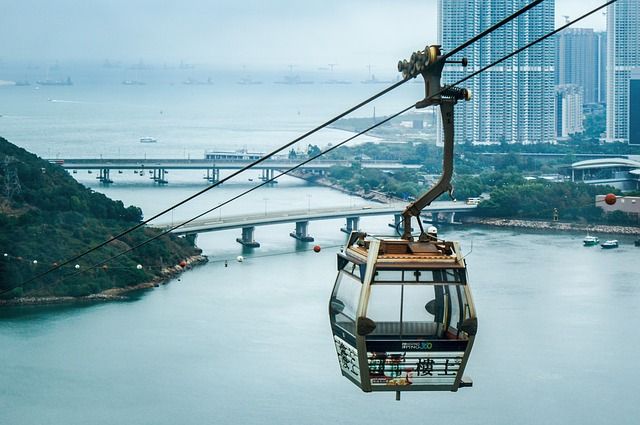