Chamonix – one of the most prestigious resorts of France and Europe. It is located in the upper alps, on the territory of the province of Upper Savoy. Chamonix Valley is unique in its own way – nowhere you will not see so many snowy dome-like mountain peaks, pointed ridges, picturesque slopes, glaciers. In this region of sports and man dreaming of contemplate snow-covered hormones, high-class ski resorts and villages offering high quality service – Chamonix Mont Blanc, Combloux, Les Contamines Montjoie, Cordon, Les Houches, Megeve, Passy, ​​Praz Sur-Arly, Saint Gervais, SERVOZ, VALLORCINE.

A few words about the terrain in which the Chamonix is ​​located. Savoy, first, the Roman District (Pag), then county and, finally, the duke of more than 11,000 square meters.km, is a historic region extending from French Alps to Border with Italy and Switzerland. She became the cradle of the Savoy dynasty, one of the most ancient houses of Europe, founded in 1000 and turned his lands to the sovereign state between France and the Sacred Roman Empire. The rulers of Savoy from the 11th century to 1416 were graphs, then made by the Dukes (from 1416 to 1720.) From 1720 to 1861 were kings of the Sardinian kingdom, and from 1861 to 1946 – the kings of the United Isaly. So gradually and steadily this house has occupied an increasingly prestigious place in the dynastic hierarchy of Europe.

Savoy lands were often conquered by France. During the French revolution, Savoy became part of the first empire, then was transferred to the Kingdom of Piedmont and Sardinia. Savoy became French only in 1860, the future king of Italy Victor-Immanuel II gave it to Napoleon III, who was informed on the transfer of Austria Lombardy to the Italian kingdom. It is believed that the people approved the French domination, speaking him in plebiscite. Today, the province of Savoy forms two departments – Savoy as such (with the capital of Chambery) and Upper Savoy (Haute Savoie) with the capital of Annecy. The whole eastern part of the second department consists of glaciers, mountains and rocks.

Upper Savoy is proud of its lakes (Lake Bourg, Annecy, Lehman) and the highest mountain in Europe – Mont Blanc. All three lakes feed Rhone River. Lake Annecy is surrounded by gardens, meadows and mountains. Three rivers O-Mort, Il and Lodon fall into it. From the environmental disaster, it was saved by a cleaning campaign, now Lake Annecy is one of the cleanest in Europe. Lake Lehman belongs to both France and Italy. From the southern part of this lake in the Savoy Alps, you can start climbing Mont Blanc. Mont Blanc was conquered in two days Jacques Balm and Dr. Pakkar 8 August 1786. The height of this mountain is 4810.40 m. The mountain region of the lakes and rivers opens up a lot of opportunities for holidaymakers – mountaineering, mountain skiing, skating, walks on helicopters.

The city of Annecy, the capital of Upper Savoy, with her lake and mountains, is an idyllic place (near Chamonix, Geneva and Italy). This is a sports pole, and tourist, and economic. Walk along the paved streets of the center of Annecy, on Sant Claire De La Ville, along the channel Tiu, visit the old castle, Palace and Basilica visiting the Virgin Mary of Saint Elizabeth, St. Peter’s Cathedral and the Church of St. Francis, St. Morice, then go along the lake, on the bridge of love. If you are ready to exchange skiing for cultural, then Annecy provides many opportunities for this. The Museum of Savoy Costume, the Castle Museum of Annecy, the world famous Museum of Bellolov Bellolov Pakkar, Palace Il, in which the Museum of the City History, Medieval Montrithing Fortress, in which an amazing collection of vintage items from Africa and the East, Manton Castle, built in the XII century but not avoiding changes right up to the XIX century. Every year in the first Saturday of August, Annecy honors his lake, on this day on the lake there is a performance on the water, and the grandiose firework is satisfied.

There is a proverb in Chamonix – "In the evening, the mountains in the pink haze – hope for good weather, in the pink haze in the morning – the mill will start turning" (which means the approximation of a strong wind). Chamion height 1035 m. From the cable car of the South Peak Chamonix opens one of the most beautiful species in the world – White Valley (Vallee Blanche). First you can go on skis about 20 km on the glacier, inspect the amazing peak of Mont Blanc. The descent from 3842 m to 1450 m is possible depending on weather conditions even for skiers with medium abilities. In 1908, the Railway was laid in Chamonix. With it, it is possible to get to the famous grotto with its ice sculptures in the Ice Sea glacier (Mer de Glace) with a length of 14 km and a depth of 240 m. Every year, the grotto is cleared of 70-90 meters of the glacier. In Chamonix 70 ski slots with a length of 140 km, 49 mechanical lifts, of which 19 ski lifts, 5 lifts with cabins and a suspended train, which can transport up to 51,000 per hour.

Mont Blanc is the starting point of the biggest ice cascade of Europe, Mont Blanc and Bousson glaciers, the descent from which it ends at an altitude of 3600 m in the Chamonix Valley. The Glacier de Baisson played an important role in the conquest of Mont Blanc, it was from him that the first attempts began to climb the mountain in the second half of the XVIII century. The Kantor of the Geneva Cathedral of Bururi, conquered by the beauty of the mountain, was trying to reach the snow vertex, but he was not lucky. Another Geneva is a naturalist, poet, a scientist Horace Benedict de Sosurhur could not get to the top of Mont Blanc himself and offered a large amount of who would find the way to her. He believed that money would become determining motivation for travelers. Immediately there was a lot of applicants, expeditions began to appear, the participants of which wanted to compete for the prize. Fearless Mountain lovers started their way with Mer de Glas, with San Jera, De Baisson and Mountains Cat, the most direct way. In 1785, Jacques Balm got to a large plateau, but his climb was interrupted by the formation of deep spawn, which for many years blocking the path to the top. Only in a year, in 1786, he and his companion Dr. Pakkar managed to conquer Mongblan. The rise was not easy. From the last strength, holding hands, they returned to Chamonix. Upon returning the Pakkar Ill Ophthalmia. Jacques Balma, called the first to conquered the top, received the first prize, and was also called the King of Sardinia "Balm nicknamed Mont Blanc". For the residents of Chamonix, it became tradition to accomplish and meet an expedition to Mont Blanc. Until now, descended from Mont Blancs, they meet flowers and champagne bouquets. 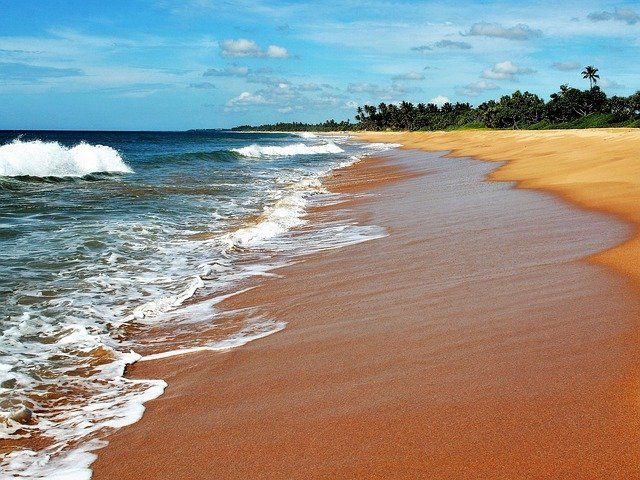 Today there are several ways for which you can get to the top of Montblan. Jacques Balma and Dr. Pakkar began their own path from the Chamonix Valley, today this trail is forgotten, because the cable car of the southern peak and the Mont Blanc tram, which allow you to start climbing with higher points and thus save a few hours.

Several recipes of Savoy dishes – Savoy Grana (potatoes, baked garlic in sour cream), couscous (lamb and chicken with tomatoes, carrots, zucchild and spices), Larring Kish (cold or hot snack type pizza – dough with filling, filled sour cream and egg ), Savoy fondue – fondue from several varieties of cheese – emmental, touch, boofor, with white wine, garlic, nutmeg and mustard, fondue with Rocca. The dish eating process is that it is necessary to grab the bread with a special stick from a pot in which fondue is brewed. The one who first will lose a hunk must pay a fine – drink a glass of white Savoy wine. Savoy omelet – chopped into round pieces Potatoes roasted in oil with salt and pepper and poured with whipped eggs and grated cheese. Tartiflette – fried on sled potatoes, poured by Savoy Ribrone cheese and small amounts sour cream, usually served with salad and dry white Savoy wine. Savoy Raclett – with ham and potatoes, with several types of sausages.

In the upper sava, not all roads lead to the mountains. This is the edge of old castles, unique in its architecture and the preserved antique spirit. Saint-Michel D’Avully castle is renovated, it has wall painting XIII and XVII centuries, a museum has a museum in the castle "Memory of states of Savoy", around him spread a big park. Clermont Castle – Residence in the Renaiss Style, built in 1575 by the Bishop of Goluca de Regar. Here you can not only explore the castle and visit the temporary exposition, to become a viewer of medieval concerts and performances, but also discover the kitchen of that era. In the fortress Monttrottier XII-XV centuries there is a magnificent collection of weapons, faience, porcelain, glass and Flemish tapestries. Ripaille XV Castle on the shore of Lake Lehman was the residence of the Duke of Savoy. In the XIX century, he was restored in Art Nuoovo style. Here you can try local wines and inspect the arboretum in which 60 tree breeds are represented. The story of the Thorens-Les-Glieres Castle is associated with the name of Count Cavura, the Creator of the Unified Italy, since a long time the fortress was his ministerial residence.

Christmas and New Year in Savoy, like everywhere, is the brightest holiday. In the whole area in all resort cities and towns, New Year’s extravagania lasts a few weeks – street performances, Christmas processions, fireworks, flare processions, concerts, fairs. Processions pass under the sounds of traditional Savoy orchestras in which the Alpine Horn is necessarily heard. Santa Claus appears on the squares, sinking gifts to children, snow cities and ice figures are built on the streets. Christmas masses take place in the cathedrals, there are even special masses for children. Children distribute hot chocolate and candy. All cities glow illumination. 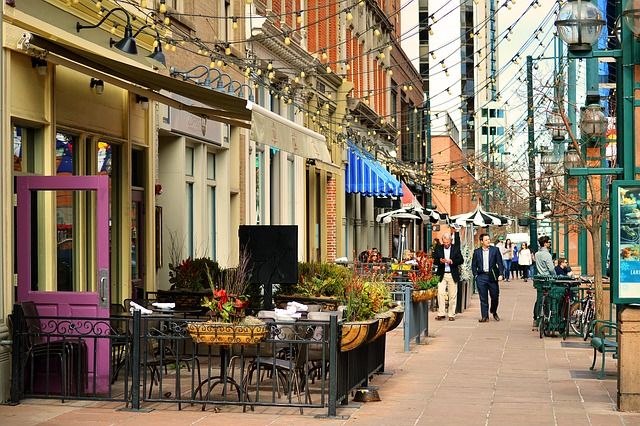